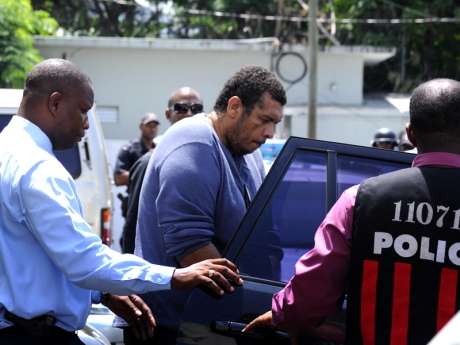 A verdict is to be handed down in the trial of accused businessman, Patrick Powell on July 11.

Powell is accused of failing to hand over his gun to the police for inspection.

His fate in now in the hands of the presiding judge, Vaughn Smith, who today heard closing arguments from the prosecution and defense.

Powell’s Attorney, Deborah Martin, today told the court that her client had a constitutional right to remain silent and have his lawyer present.

She says the Firearm Act and every law in Jamaica are secondary to the constitution.

According to Ms. Martin, Powell exercised his right not to self-incriminate when he remained silent after the police requested that he hand over his gun for inspection.

Ms. Martin reminded the Judge that Powell’s firearm license was renewed at the end of March, 2011.

She says the Firearm Licensing Authority, FLA, had no problems with Powell.

She says no explanation was given to him as to why the police wanted his gun for inspection.

Superintendent Clive Walker, who’d asked Powell to hand over his gun, testified during the trial that he was not aware of the murder case in which Powell was a suspect.

He said he only had an interest in the gun and nothing else.

But Ms. Martin says the request was a clear attempt to help the Khajeel Mais murder case.

She says Powell was under no duty to assist the police as he was already a suspect.

In her arguments, lead prosecutor, Yanique Gardener Brown, says the Firearm Act does not say that the police have to give a reason for requesting a licensed gun for inspection.

The prosecution pointed to Powell’s unsworn statement where he said he didn’t want to incriminate himself and that’s why he remained silent when asked for his gun.

She also repeated Powell’s statement that he was innocent of the murder of Khajeel Mais.

Mrs. Gardener Brown says this was a clear contradiction because one cannot incriminate himself if he’s innocent.

Responding to Powell’s defence that he was exercising his constitutional right to remain silent, Mrs. Gardener Brown told the judge that if an individual is to exercise that right he had to be charged first.

She says Powell wasn’t charged until after the third request was made for the gun to be handed over.

Mrs. Brown Gardener says if the defence is saying Powell had a good cause not to submit his gun for inspection they must accept that Powell refused or failed to hand over his gun.

Powell’s lawyer said there’s a view that because he escaped the charge of murder he should be punished in this matter.

The Assistant Director of Public Prosecutions also used the occasion to lobby for accused persons giving unsworn statements be abolished in Jamaica.

She says it’s baseless and has no weight.

When an accused gives an unsworn statement it cannot be tested by way of cross-examination.

Meanwhile, Powell could be fined 300 thousand dollars or serve 12 months in prison with or without hard labour if found guilty.

Mrs. Brown Gardener described the penalty as embarrassing and a disgrace.