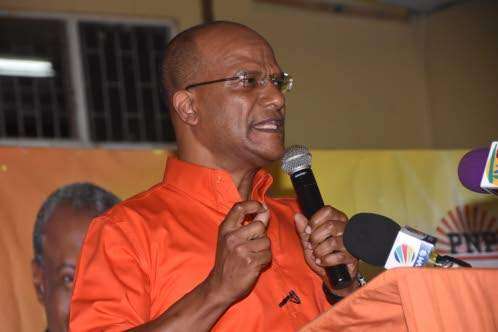 Pete Bunting’s Rise United campaign is rejecting the findings of the Bill Johnson poll published today by Dr. Phillips’s team as biased, unreliable and an attempt to confuse the public.

A statement this afternoon from Bunting’s Campaign Manager, Dr. Dayton Campbell, says an example of the leading and biased poll is the question which asked who has more experience to be party leader.

Dr. Campbell says it does not require a poll to show that with over 3- decades in politics and three years as party leader, Dr. Phillips has more experience.

The Bunting campaign says it must be noted that even a recent Bill Johnson poll supports the view that despite his experience,  Dr. Phillips has proven to be an ineffective leader.

To support its argument, the Bunting campaign team released this afternoon audio with Mr. Johnson speaking on Cliff Hughes Online on March 11 this year on Nationwide 90FM.

Mr. Johnson suggested then that Dr. Phillips was a burden to PNP candidate for East Portland, Damion Crawford, in a constituency which was regarded as a PNP safe seat.

The Bunting campaign says it’s interesting that the poll released by the Phillips team today has provided no credible explanation for the alleged turn-around in how Dr. Phillips is viewed despite three years of consistent and weak performance by Phillips in the polls.