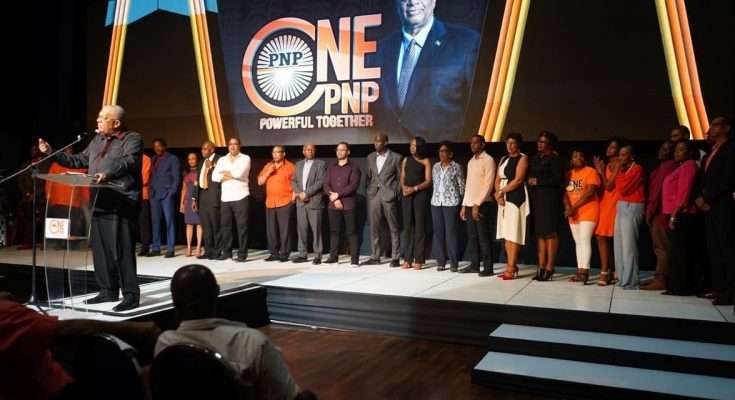 The President of the People’s National Party, PNP, Dr Peter Phillips lashed those who questioned his leadership, as he launched his campaign to keep the party’s top post, on Thursday evening.

Dr Phillips is seeking to stave off a leadership challenge from Central Manchester Member of Parliament, Peter Bunting.

Dr. Phillips launched his campaign, ‘One PNP, Powerful Together’ at the Courtleigh Auditorium last evening.

A militant Dr Phillips chided those who’ve called into question the party’s achievements under his stewardship.

Dr Phillips is also challenging those who’ve suggested he’s not the right person to lead the 81-year-old political organization at this time because he continues to trail in favourability polls.

The PNP President says only a united party can beat the Jamaica Labour Party at the next polls.

He also sought to reinforce the message of unity in the party.

Previous PostCommittee Report On Petrojam Conclusive, No Secondary Opinion Needed - Zacca Next PostLease It! - PRC Recommends Petrojam Be Leased to the Private Sector