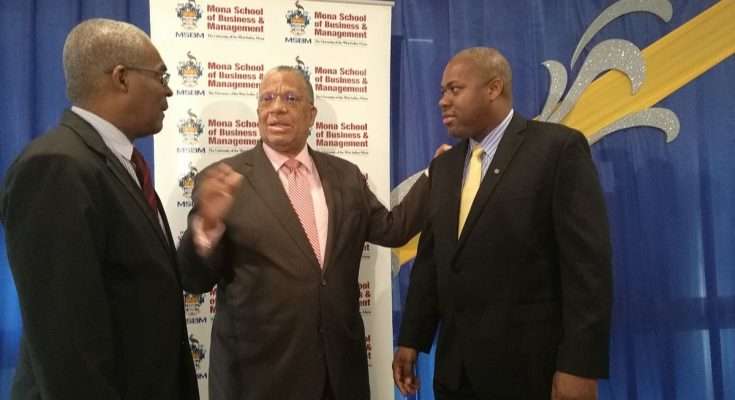 By Stevian SimmondsJun 29, 2017, 13:50 pmComments Off on Phillips Uges Gov’t to Level the Construction Playing Field

Opposition Leader, Dr. Peter Phillips, is calling on the government to level the ‘playing field’ for competition between local and foreign construction companies.

He says even big construction companies in Jamaica are having great difficulty competing with foreign ones.

Dr. Phillips says the government should also insist that all construction companies the government works with, comply with rates negotiated by the Joint Industrial Council.

The Opposition Leader’s call follows a recent confirmation by the Labour Ministry to Nationwide News that China Harbour Engineering Company, CHEC, does not pay workers based on rates agreed by the Joint Industrial Council for the Building and Construction Industry.

This is an issue which local trade unions have complained about, saying CHEC is the only company which is allowed to defy the JIC agreement.

In a statement to our news centre last week, the Labour Ministry said CHEC advised it that it’s not a member of the JIC.

There’s growing agitation among local construction companies and workers who feel the Chinese are taking over the industry.

That they’re getting too many of the big jobs.

Dr. Phillips is suggesting that the government pass laws stipulating that foreign firms have to collaborate with local partners.

Dr. Phillips was speaking this morning at a Round Table Breakfast Forum at the Mona School of Business at the University of the West Indies, in St. Andrew.

He says when he was Finance Minister he was often visited by foreign diplomats promoting their firms.