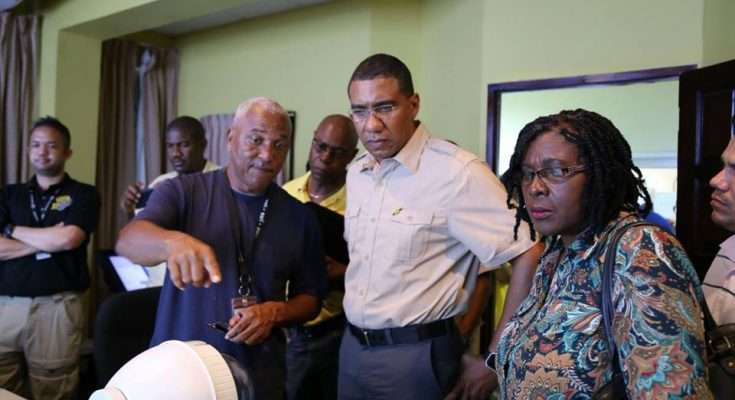 Prime Minister, Andrew Holness, is scheduled to tour sections of the island today that have been affected by days of continuous rain.

The Prime Minister returned to the island last night. He cut short his trip to the Dominican Republic where he was on official government business.

Mr. Holness was originally scheduled to return to Jamaica today.

He is to lead the government’s response to the flooding and devastation caused by what’s being described as ‘unprecedented’ rainfall at this time of the year.

There has been severe infrastructural and agricultural damage, dislocation and major inconvenience, especially for students who are sitting exit secondary exams.

The intensity of the rains is expected to start easing today.

But he said only one person reported to a shelter in Portmore, St. Catherine.