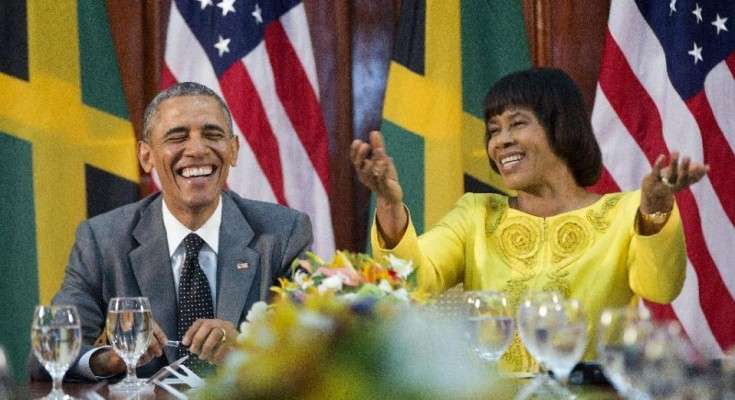 PM Says Thanks to Obama for Historic Visit

By Nationwide NewsnetApr 10, 2015, 00:18 amComments Off on PM Says Thanks to Obama for Historic Visit

Mrs. Simpson Miller told Mr. Obama that many Jamaicans were hoping to get a chance to see his motorcade travelling from the Norman Manley International Airport in Kingston.

The Prime Minister says Mr. Obama’s visit sends a positive signal of the strong bilateral relationship that exists between Jamaica and the USA.

She told Mr. Obama he’s ‘on the right side of history’.