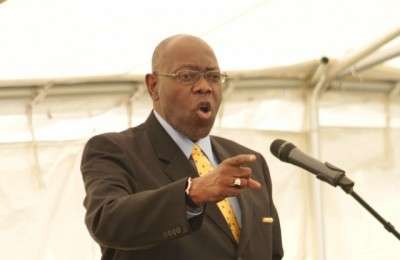 PNP-affiliated group called ‘ Friends of East Portland’ has issued a statement saying Dr. Ferguson must do the decent thing and resign.

Earlier this week the group issued a statement objecting to the decision of the PNP to choose incumbent MP, Dr. Lynvale Bloomfield over attorney Andrea Moore to contest the East Portland seat in the next election.

This afternoon the group said Dr. Ferguson is a decent man but has failed as both the country’s Health Minister and PNP Vice President with responsibility for Region 2.

According to ‘Friends of East Portland, since his appointment as Minister in January 2012 Dr. Ferguson has presided over the worsening of conditions in the health sector.

2 thoughts on “PNP-Affiliate Calls for Ferguson to Resign”