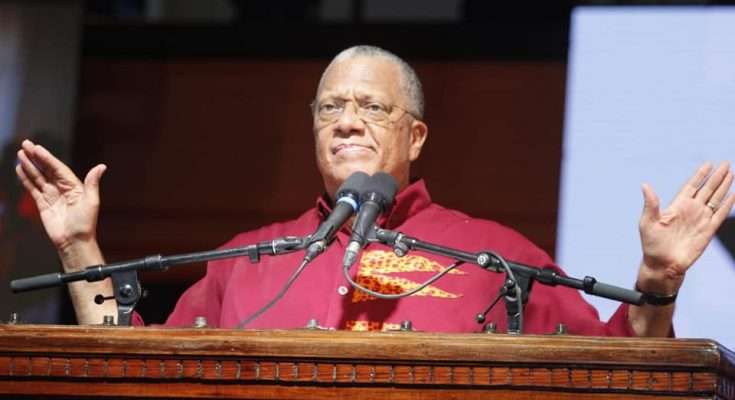 Opposition Leader, Dr. Peter Phillips’ move to downplay the potential for disruption to businesses which a sharp increase in the minimum wage may cause, directly contradicts assertions he made when he was Finance Minister in the previous PNP administration.

During his message on New Years Day this year, Phillips repeated a call made 4 years ago by then Opposition Spokesman on Finance, Audley Shaw, for an increase in the minimum wage to approximately 12-thousand dollars per week.

During his address on January 1 this year, Dr. Phillips cited the devaluation of the Jamaican dollar and called for a sharp increase in the minimum wage.

Some public commentators including, Helene Davis Whyte have responded to the call by Dr. Phillips, noting the potential for major job losses and disruption to the operation of businesses.

During an interview a few days ago on Television Jamaica, Dr. Phillips rejected the criticism and said there’s no evidence to support the concerns raised about potential for major disruption to the operation of businesses if the minimum wage is raised to approximately 12-thousand dollars.

On that day 4 years ago, while speaking in the House of Representatives, Opposition Spokesman Shaw had called for the PNP-administration to as soon as possible set a target of 12- thousand dollars per week minimum wage and work towards it.

Responding during the same sitting of the House, Dr. Phillips cautioned Mr. Shaw and cited the potential for major disruption to businesses if the minimum wage is increased to approximately 12- thousand dollars per week.

Meantime ..Labour Minister, Shahine Robinson, has declined to comment at this time on the debate about the minimum wage.

Minister Robinson told our news center last night that she’s unable to comment yet because an additional review of the minimum wage is taking place.

It’s understood that the Government intends to announce this year a further increase.