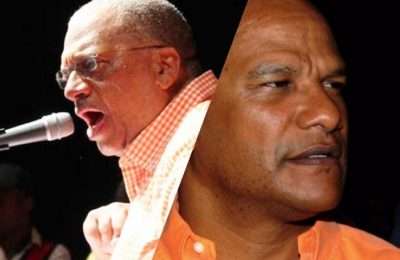 More results from a Bill Johnson poll conducted for Dr. Peter Phillips’ One PNP Campaign suggest that a majority of Jamaicans believe the country is heading in the wrong direction under the Andrew Holness government.

The results were released at a press conference by One PNP this morning.

The poll also reveals that crime and violence is the most pressing problem, with 62% choosing that as the top issue.

Fifty-two percent said unemployment is the biggest issue, while water availability rounded out the top three, with 25%.

Last week, early poll results that were disclosed suggested that respondents would vote for Dr. Phillips as PNP leader instead of Mr. Bunting in a general election.

The poll findings also indicated that Dr. Phillips is in a statistical dead heat with Prime Minister Andrew Holness.