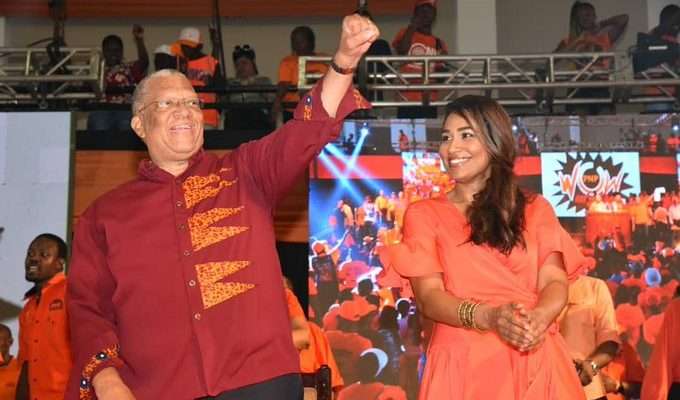 Opposition Leader and PNP President, Dr Peter Phillips outlined a number of measures he said he will implement if the PNP forms the next government.

His pledges and plans were met with prolonged applause by most of the party’s supporters who attended the annual conference.

Dr Phillips says education would be given priority attention under an administration he leads.

But the Opposition Leader is also promising help for squatters, farmers and the family.

He says the Andrew Holness administration has made life harder for the Jamaican people.

Dr. Phillips says the PNP is ready to deliver the change, he says, the people are demanding.

He says the people are calling out for help and the PNP is ready to rescue them from what he describes as poverty, corruption, and inequality.

According to Dr. Phillips, should the PNP form the next government, it would revisit the Student Loan Bureau, SLB’s repayment structure.

The Opposition Leader also says the education curriculum should include more modern subjects such as computer coding, robotics, and computer application design.

In the meantime, Dr Phillips is promising contract workers the same benefits as full-time workers.

And, the Opposition Leader says he’s committed to ending the social ill of squatting.

He says a PNP administration would also work closely with the NHT to ensure that every contributor benefits from the housing trust.

Phillips also attempted to assure supporters that under a PNP administration there would be no mining in the cockpit country.