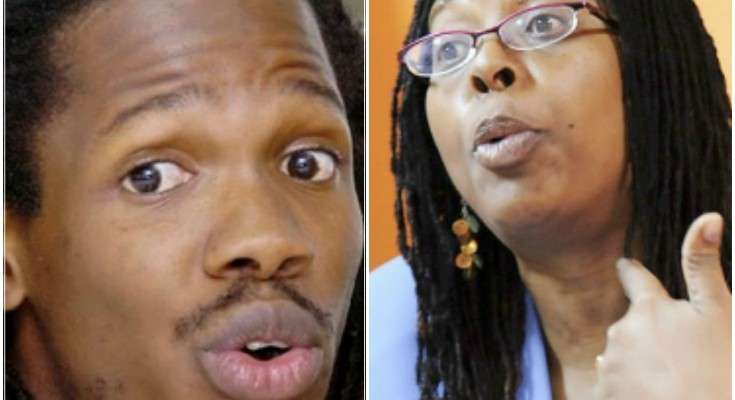 The bitter and personal feuding among some high profile PNP activists on social media is worsening.

Threats of physical violence are now being hurled in the outright war being played out on the social media site, Facebook.

Cross delivered the threat in an expletive laden post today.

It’s open war as the showdown looms in the PNP leadership elections next month.

Lisa Hanna has been under attack from Karen Cross and some comrades loyal to incumbent PNP Vice President Angela Brown Burke in recent days.

Both Hanna and Brown-Burke are vying for two of the four Vice President positions in the PNP.

Earlier this week, Karen Cross penned a letter to comrades in which she launched a blistering personal attack on Hanna.

Cross is a long time PNP activist from the Molynes Division in West Central St. Andrew.

On Facebook today – Damion Crawford responded to Cross saying it’s disappointing that Mrs. Brown Burke is not brave enough to write her own letters.

In a quick response, Karen Cross told Crawford and other comrades criticizing Brown Burke – “you want to take this on while hiding on Facebook ? anyone of you want to take me on, tell me where and when, I will show up – you all should be afraid, very afraid.”

Crawford had earlier commented that from the outside it seems to him as if the plan by some members of the PNP is to gang on up Lisa Hanna.

In what’s being interpreted as a thinly veiled jab at Brown Burke, Crawford said the attack on Hanna is unfortunate because – “the other lady is not worthy of consideration”

Mrs. Brown Burke’s ally, Karen Cross, responded today by telling Crawford- “I will see you at conference and we will settle it there, go F yourself, are you ready for this”

The bitter feud is deepening on social media.

Cross sounded an ominous warning. She wrote the comrade saying – “cockroach you cannot defend anybody, try that at the PNP conference and we will take you down ….. you may want to think about this some more”.