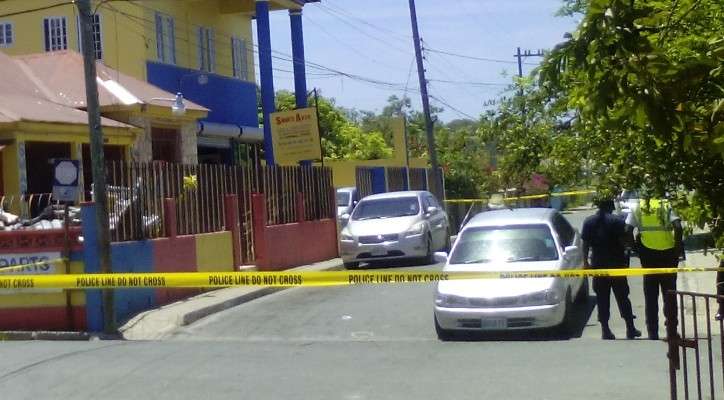 There was high drama in Falmouth, Trelawny this morning, as police and gunmen engaged in a gun battle lasting over 10-minutes.

One of the gunmen was shot and killed while the other three were arrested.

One illegal firearm has so far been recovered.

The drama began when the four men, travelling in a motorcar, attempted to rob a man at gunpoint.

When their attempt failed, the men jumped into a grey Toyota Corolla and attempted to flee the town.

But the police responded quickly and intercepted the vehicle.

Commanding Officer for Trelawny, Superintendent Clive Blair, says when the police signaled the driver to stop, all four men alighted from the vehicle with guns blazing.

The men reportedly ran through several business establishments and into the Falmouth market, in their attempt to evade the lawmen.

Superintendent Blair says the police were able to capture the other three men and recover one of the illegal guns.