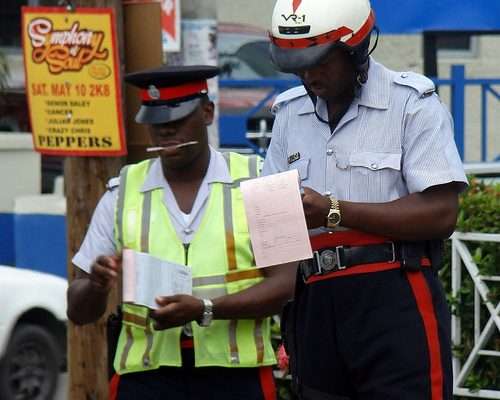 This comes a day after Head of the Constabulary’s Public Safety and Traffic Enforcement Branch, Assistant Commissioner of Police, ACP, Bishop Dr. Gary Welsh said a number of changes would come into effect on September 1.

In a statement this afternoon, the Constabulary’s Corporate Communications Unit, CCU, says the Police High Command wishes to assure the public that there have been no changes to its policy regarding the processing of individuals being ticketed for breaches of the Road Traffic Act.

The police say it will intervene as is necessary to keep the traffic flowing.

The JCF also says its members will enforce the law while they bear in mind necessity for traffic management especially at peak traffic times.

The Constabulary says it’s in a continuous process of seeking to improve relationships and interactions with the public.

It also says despite some of the suggestions being aired in the public domain, it continues to be guided by rule of law in a respectful manner.

Speaking at the inaugural International Symposium on Traffic Crash Investigation and Black Box Analysis, at the Caribbean Maritime University, yesterday, Bishop Welsh said persons who breach the country’s traffic laws would be taken to specialised police checkpoints to be processed for the offences.

Bishop Welsh says to reduce the build-up of traffic tickets, the police would also be seeking to place delinquent drivers directly before the courts.