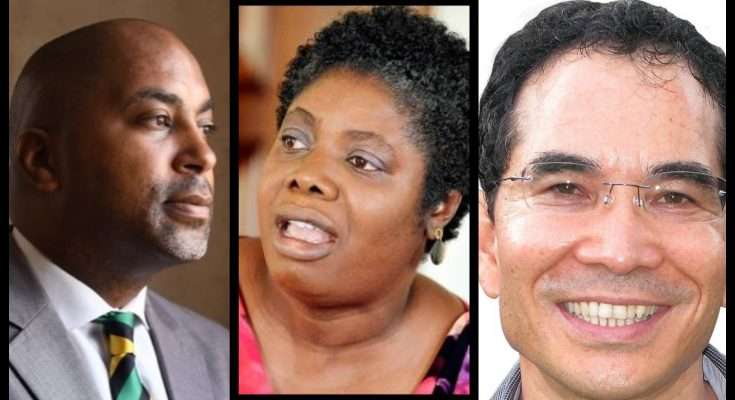 Prime Minister Andrew Holness has announced that a by-election will be held on March 2 in the South East Clarendon constituency.

Nomination day will be next Wednesday, February 12.

The by-election is occasioned by Tuesday’s resignation of veteran Member of Parliament, the JLP’s Rudyard Spencer.

But, political analysts Kevin O’brien Chang and Nadene Spence, are insisting that a by-election at this time is political maneuvering that will cost taxpayers millions of dollars.

They were both speaking last evening on Nationwide @ 5 with Cliff Hughes and Rodje Malcolm.

Government Senator Pearnel Charles Junior is to replace the 4-time MP as the JLP’s standard-bearer for South East Clarendon.

Yesterday, ahead of the Prime Minister’s announcement, the People’s National Party told the media that its caretaker for the seat, Patricia Duncan-Sutherland, would not be contesting a by-election.

But, political analysts are describing the latest by-election announcement by the Prime Minister as political maneuvering on the part of the governing JLP.

Nadene Spence is one of them.

She says the PNP’s Patricia Duncan Sutherland would have been a formidable opponent for the JLP’s veteran MP, if he decided to face the electorate in the next General Elections, which are constitutionally due next year.

It’s estimated that it would cost taxpayers about 30 to 40 million dollars to host a by-election.

Mr O’brien Chang says he’s unimpressed by the political maneuvering and the attendant cost of the by-election.

Meanwhile, when our newscentre spoke with PNP General Secretary, Julian Robinson, he argued that a by-election at this time for the reasons stated by the former MP is an abuse of state resources.

Mr Robinson also says with a general election looming it would not be prudent for the Opposition to use its resources in this way.