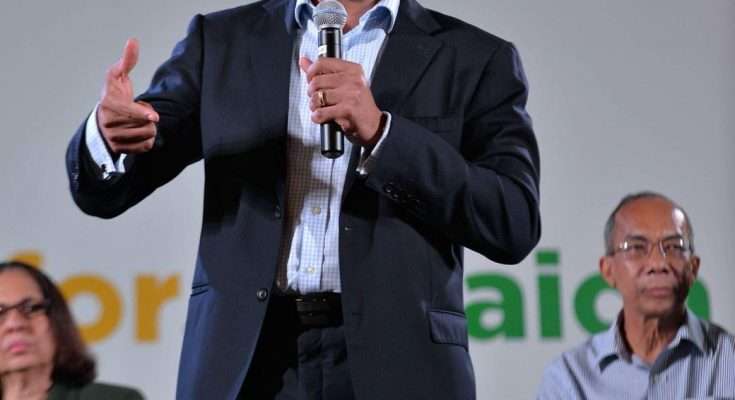 By Stevian SimmondsJun 16, 2017, 21:32 pmComments Off on Prime Minister, Andrew Holness, says crime is testing his leadership.

Prime Minister, Andrew Holness, is admitting that crime is testing his leadership. This amid a 19-percent increase in murders since January, compared to last year.

The police say at least 70-percent of the murders are as a result of gang related conflicts. Prime Minister Holness says it’s eroding confidence.

He says the state must act. But that action will not compromise human rights. He was speaking this morning at the opening ceremony of the Multinational Summit on Combating Crime

in an Interconnected World, at the Jamaica Pegasus Hotel.

Just over a year into Andrew Holness’ term as Prime Minister — and he’s expressing ‘grave concern’ over what’s seen as the greatest challenge to his leadership — a spiralling murder rate.

He says the level of threat from gang violence, is comparable to that of terrorism.

He says it’s eroding confidence. And the state cannot sit by and allow that to happen.

But Prime Minister Holness says he recognizes what he calls ‘the error of the past’– that is extrajudicial killings by security forces.

He says Jamaica is committed to being a country that respects human rights.

Already this week at least nine people have been shot and killed in separate incidents across the island.

Those include the murder of an entire household in Kingsvale, Hanover on Tuesday morning and three murders in St. James.