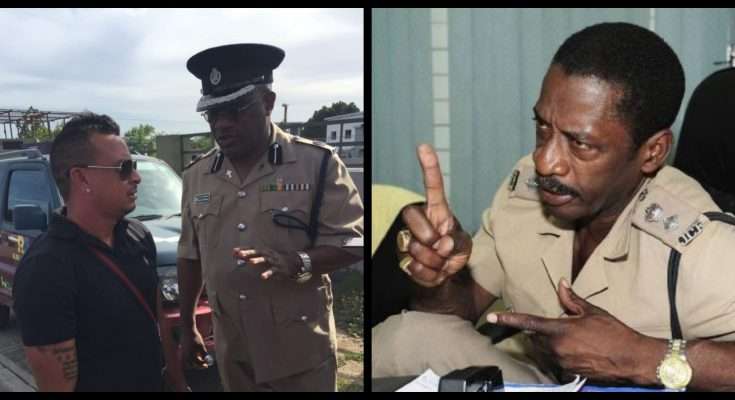 Former Senior Superintendent of Police, SSP, Radcliffe Lewis, is labeling as public relations, the refusal of the Police to prosecute a reckless driver.

In the video that went viral on social media over the weekend, he’s seen in a black car believed to be a Mercedes AMG, making high-speed 3-hundred and 60 degree turns at the intersection of Dunrobin Avenue and Lindsey Cresent.

Head of the Constabulary’s Public Safety and Traffic Enforcement Branch, P-STEB, Assistant Commissioner of Police, Bishop Dr. Gary Welsh, says what Mr. Dietrih did amounts to careless driving as it endangered the public.

ACP Welsh also described a meeting with the driver about the traffic violation as a teachable moment.

But, Retired SSP Lewis, who once headed the Police’s Traffic Division, says ACP Welsh’s pardon of the driver is unacceptable.

Radcliffe Lewis, former Senior Superintendent of Police in charge of the Traffic Division.

In the meantime, Director of the National Road Safety Unit in the Transport and Mining Ministry, Kenute Hare, says he understands ACP Welsh’s decision.

But, he’s warning other reckless motorists not to expect a similar pardon.

Kenute Hare, Director of the National Road Safety Unit in the Transport and Mining Ministry.