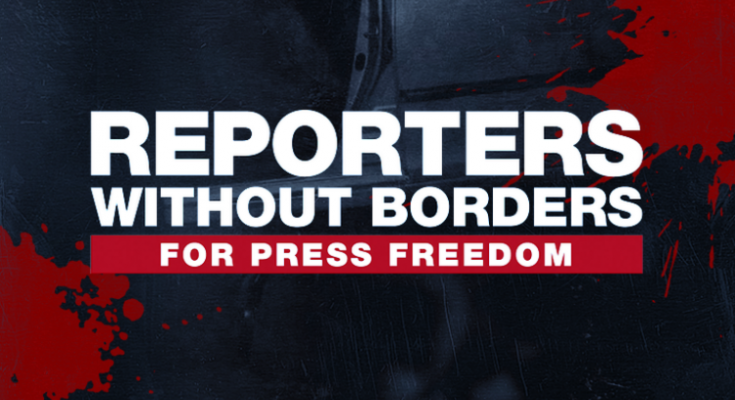 Reporters Without Borders, RSF, has written to Prime Minister Andrew Holness about an amendment to Jamaica’s Criminal Justice and Administration Act.

RSF is an international organization that advances press freedom.

In the recent letter to Mr Holness, the group says it’s deeply concerned about an amendment to Section 33 of the Act, that it says would have a chilling effect on journalists’ rights to report on information that’s in the public’s interest”.

The RSF is calling for the repeal of Section 33 of the law in its entirety.

The group notes that the amendment was approved by both houses of Parliament in Jamaica and is now awaiting the Governor General’s signature.

It says this would see journalists who seek to sketch, or take photographs or portraits of any prisoner with a view to utilizing same in a publication being slapped with draconian penalties.

The RSF says if this new amendment is passed into law, reporters carrying out one of these acts, as part of court reporting duties or courtroom sketch artists would be punishable by a fine of up to 1 million dollars or one year in prison.

The RSF notes that this is a significant escalation to existing penalties for these acts under Jamaican law today, which are already problematic, and punishable by a fine of up to 20 dollars and one month in prison.

The international press advocate highlighted Jamaica’s rank of 8 out of 180 countries on the 2019 world press freedom index.

It says this amendment opposes press freedom as protected in the country’s Constitution.

The organization says the new penalties are oppressive.

It also implored the Prime Minister to allow Journalists to do their work without undue interference.

And, the RSF charged that it’s also Mr Holness’ responsibility to ensure Jamaica’s legal framework is in compliance with its international commitments regarding press freedom.