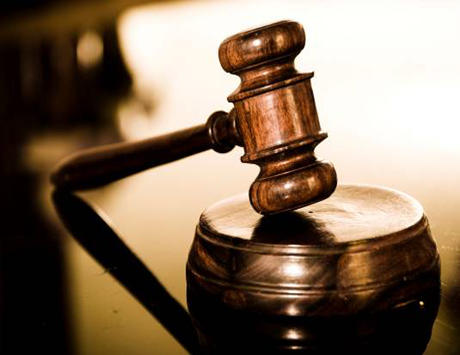 The Police suffered a major blow last evening when a 12-member jury freed the reputed leader of the feared Rose Town-based ‘Discipline Gang’, Uriel James, of a murder charge.

James and his gang were accused of killing and disposing of the body of Security Guard, Errol McGeachy in 1999.

The main witness in the case was murdered.

But the trial proceeded after his statement was allowed into evidence.

Allegations are that McGeachy was murdered after refusing to purchase a gun from James.

According to the statement from the main witness, on December 8, 1999, James and his gang tied up and beat McGeachy at a yard in Rose Town.

This before putting a plastic bag on his face and leaving him under the cellar of a house.

The Court was told that the men then returned for McGeachy, placed him in the trunk of a car and drove to the Kingston Harbour where his body was dumped.

McGeachy’s body was found the following day floating in the vicinity of the Kingston Ice Factory on Port Royal Street.

James was arrested and charged on May 4, 2011 and accused of murder.

Shortly after statements were disclosed in the case and the identity of the main witness became known, the witness was shot dead.

A post-mortem report tendered into evidence in the Home Circuit Court in Downtown Kingston said McGeachy died from multiple blunt force injuries, especially to his chest and head.

James gave an unsworn statement from the dock and denied killing the security guard.

But the reputed gang leader is still behind bars this morning because he’s accused of two other murders.

Police sources told our news center last night that James is the subject of several investigations in relation to the unprecedented murder of a number of witnesses in connection with cases he has before the Court.

When James was detained a few years ago, the then Police Commissioner, Owen Ellington, noted that the names of witnesses who’ve accused him of murder were found in a freezer at his home.

Ellington described Rooksie as one of the country’s most feared gangsters who should be brought to justice in the interest of the country.