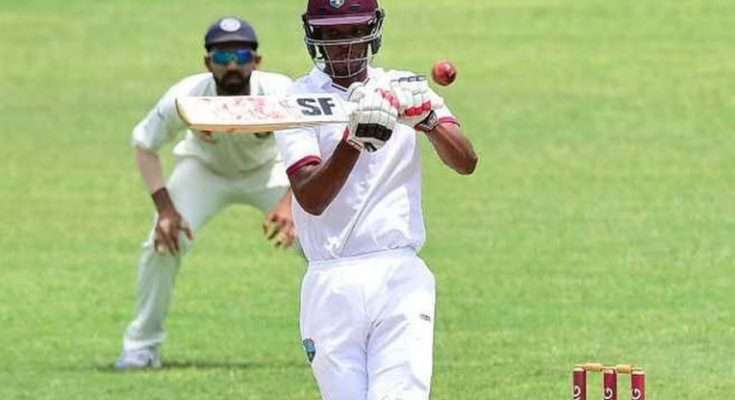 The West Indies middle order stood up today to earn the team a respectable draw in the second test against India at Sabina Park.

Resuming on 48 for 4 on the final day of the match Roston Chase and Jermaine Blackwood shared in a 93-run 5th wicket partnership to steady the innings before Blackwood went for 63.

Chase, who had earlier taken 5-wickets, made and unbeaten 137 which included 16 boundaries.

He was then joined by Shane Dowrich and the two put on 144 for the 6th wicket.

Dowrich was trapped leg before wicket by Amit Mishra for 74.

When the captain, Jason Holder, came to the crease the score was 284 for 6 and the West Indies still in danger of losing.

Holder and Chase guided the hosts to 388 to ensure the rain affected match ended in a draw.

Holder says he was impressed with the performance of the middle order batsmen.