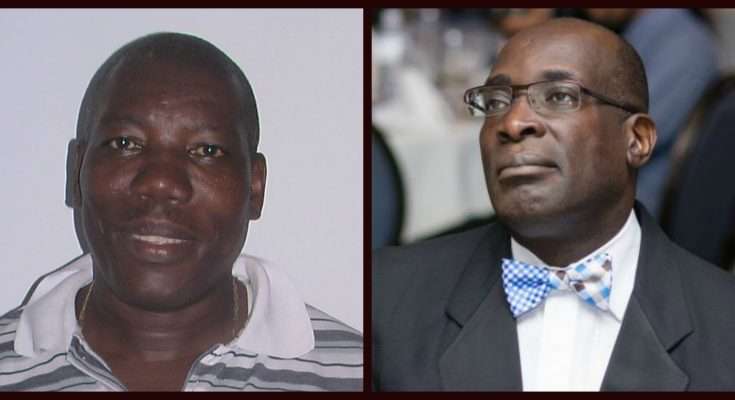 It emerged today that another connected person to Reid is now facing scrutiny for allegedly providing catering services to the Caribbean Maritime University, CMU.

He was joined in his questioning by another PAAC member, Fitz Jackson.

Mr. Phillips is also asking if the Hydel Group of Schools have benefited from the CAP-YES.

The Chairman of the Council of CMU is Hyacinth Bennett, who’s also the founder and head of the Hydel Group of Schools.

And the acting Principal of Jamaica College, Wayne Robinson, has confirmed that Devon McQueen is an employee of the Old Hope Road-based high school.

A reluctant Mr Robinson told our news centre this afternoon that this was a sensitive matter.

Checks by Nationwide News this afternoon with the school’s website revealed that Devon McQueen is employed to Jamaica College in security.

The acting Principal says Mr. McQueen has been working with Jamaica College for several years.

He also told our news centre that Ruel Reid is still officially the Principal of Jamaica College and remains on special leave.

Ruel Reid was Principal of JC for 10-years, between 2006 and 2016, when he was seconded to the government as a member of Andrew Holness’ Cabinet as Education Minister.

He was sacked by Prime Minister Holness on March 20 this year, amid allegations of corruption against him.

With today’s revelations, McQueen is the second Jamaica College employee to be enmeshed in the deepening scandal engulfing the former Education Minister and JC Principal.

Three weeks ago it was revealed that another JC employee, Doreen Miller, had a bank account opened in her name, allegedly by a member of Ruel Reid’s family.

Millions of dollars was lodged to the account from the consultancy fees that were paid to a Gail Dunwell-Campbell by Caribbean Maritime University.

Dunwell-Campbell was hired by CMU to raise funds in the diaspora.