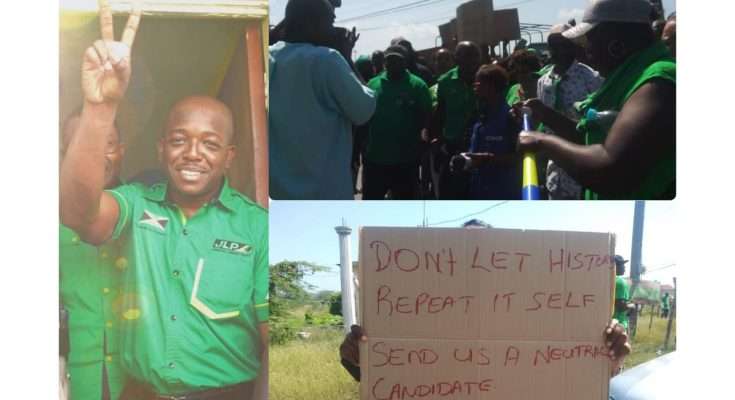 The placard-bearing, green clad supporters were expressing their disapproval to news that government Senator, Robert Morgan, may become the JLP’s standard-bearer in North Central Clarendon.

Stevian Simmonds was in South East Clarendon. She filed this report.

The nomination centre opened promptly at 10 this morning.

No one was accompanying him.

He was later sent to secure someone to witness his signature before he was allowed to complete the process.

Some PNP supporters like this man, said they will rally behind Mr Lambert until the general elections are held.

Patricia Duncan Sutherland is the PNP standard bearer for the constituency, but the party says it will not contest the March 2 by- election.

A number of JLP supporters from the neighboring constituency of North Central Clarendon, where Pearnel Charles Senior is MP, came to express their frustration.

The protesting JLP supporters brought placards to the nomination centre. One read “No Robert Morgan in North Central Clarendon”.

But, other JLP supporters chided the protesters for using today’s exercise to express their displeasure.

TAGse clarendon by election
Previous PostDouglas Jabs Phillips Over 'Dismal' Political Stocks Next PostGov't Aims To Have More Than 23,000 Housing Solutions By 2023 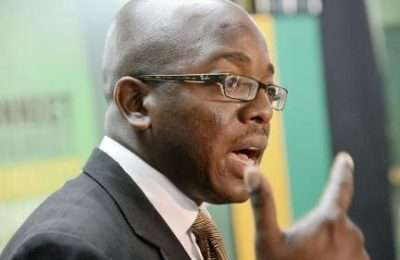