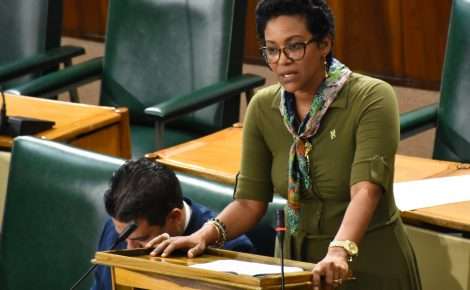 Senator Longmore Wants An End to Violence Against Children

Government Senator, Saphire Longmore says Jamaica must confront the brutality which is plaguing the nation’s children

Senator Longmore says too many children are suffering from the negative influences in society.

The Senator was addressing the Upper House on Friday in recognition of Child’s Month.

She says it’s also time for the country to address the issue of sexual predation of children.

Senator Longmore says the Senate is doing it’s part in pursuing policies to better the lives of Jamaican children.