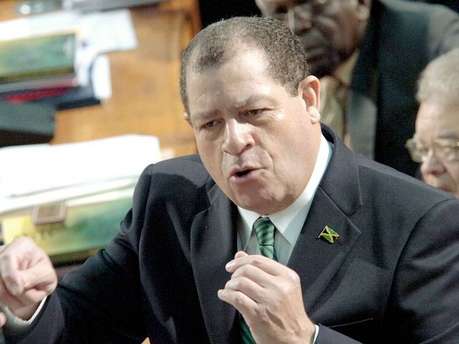 By Chevon CampbellNov 11, 2015, 18:59 pmComments Off on Shaw Questions Minister’s Confidence in Health Sector

Opposition Spokesperson on Finance Audley Shaw, is criticizing a senior member of the Portia Simpson Miller cabinet, for facilitating the birth of his child abroad.

Mr. Shaw has not named the Cabinet Minister.

He raised the issue during a Jamaica Labour Party rally in Spanish Town on Sunday.

Mr. Shaw says he would like an explanation as to whether this is a lack of confidence in the local health system.

The Opposition Spokesman is raising the issue in light of the dead babies scandal, in which 19 premature babies at two hospitals died from outbreaks of bacteria this year.

He’s questioning whether the Minister has lost faith in the local health system, given the deaths and the shortcomings exposed by the recent health audit.

He claims the Minister’s baby is full term.

Mr. Shaw had been criticized for having his now 6-year old daughter, Christiana, born outside of the country.

In the wake of the recent dead babies scandal, Mr. Shaw has used his daughter as an example of what premature babies can eventually achieve.

However, some PNP supporters have labeled him a hypocrite for seeking medical assistance abroad.

He says he went overseas after the local doctors had already written Christiana off to die.

Mr. Shaw says the PNP should leave his daughter out of the discussion.