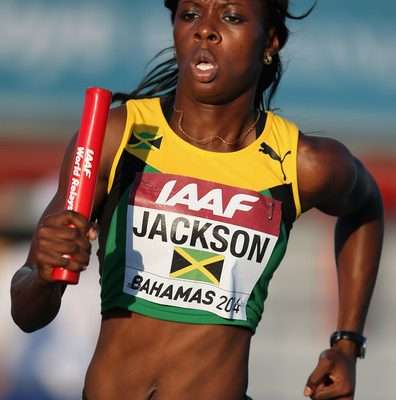 Shericka Jackson secured her first national title with victory in the women’s 400-metres at the National Senior Championships, yesterday.

Meanwhile, Yohan Blake completed the sprint double by winning the 200-metres final to add to the 100-metres title he won on Friday.