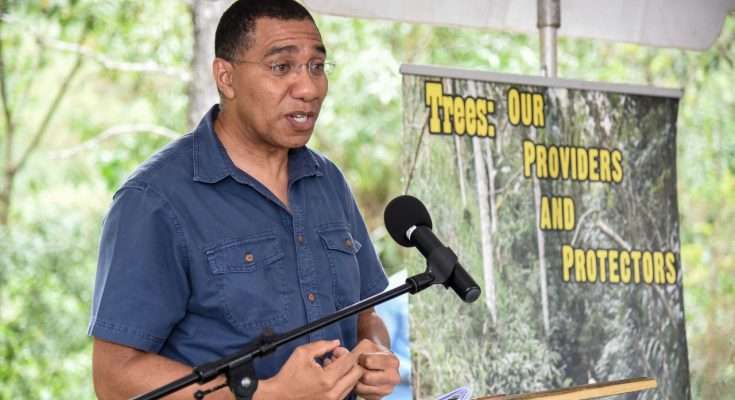 Some Southern Trelawny residents and stakeholders are expressing disappointment with Prime Minister Andrew Holness’ handling of the contentious issue surrounding the proposed borders of the Cockpit Country.

Among them is Executive Director of the Southern Trelawny Environmental Agency, STEA, Hugh Dixon who alleges the Prime Minister is hastily moving to pave the way for mining activity to commence in several communities there by September.

A rain affected event yesterday didn’t allow for a question and answer session with the Prime Minister when he toured sections of the Cockpit Country, however, he sought to assure the residents that he’s aware of their issues and concerns and would be making a pronouncement on them at a later date.

He says the government must act now on the areas where there’s significant agreement.

We have more in this report.

Tyre, Troy a developing rural community in Southern Trelawny on Wednesday bore the first permanent monument of what should become protected territory once the Cockpit Country boundary is confirmed.

However, instead of jubilation from some residents, faces wore sadness and disappointment. Tamar Case, a resident of Albert Town says it’s no time for celebration.

A resident of Tyre who turned up for the media briefing in farm attire and water boots says she has no idea what’s happening.

Executive Director of the Southern Trelawny Environmental Agency, Hugh Dixon says the swift move by the Prime Minister to mark a permanent boundary is questionable.

He says he’s disappointed that there were no question and answers with the Prime Minister due to rush at the media briefing.

Mr Dixon also says he’s not reassured by the Prime Minister’s promise to  consider the concerns of the residents in areas allegedly soon to be affected by mining activities.