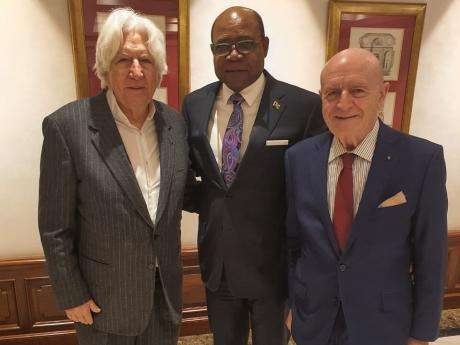 The Tourism Ministry says Spanish hotel interests have given their support for the government’s ground-breaking Tourism Workers Pension Scheme.

According to the Ministry, during a closed door meeting, Spanish hotel tycoon and former Foreign Minister of Spain , Abel Matutes, stressed the importance of ensuring that the Pension plan is managed at the highest standard to ensure workers ultimately benefit.

Matutes noted that several pension schemes in the Western world have run into serious trouble due to poor management, among other matters.

According to the Ministry, Minister Bartlett assured the former Spanish Minister that systems are in place to ensure that the Pension scheme is operated at the very highest standards of governance.

The Tourism Workers Pension Scheme in Jamaica is managed by a Board of Trustees.

According to the Ministry, the Board is procuring an Investment Manager and an Administrator to manage the scheme’s investments and operations.

The Scheme is also tax-exempt and regulated by the Financial Services Commission, FSC.