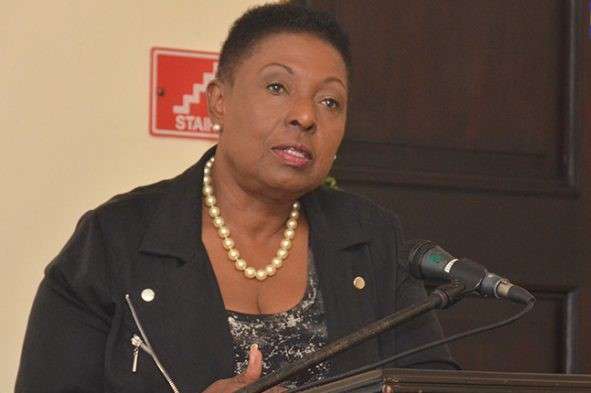 Portfolio Minister Olivia Grange says a file has been submitted by the Police to Director of Public Prosecutions Paula Llewelyn’s office in relation to alleged fraudulent activities at the Institute of Sports, INSPORTS.

Minister Grange says the Major Organized Crime and Anti- Corruption Agency, MOCA, has completed its investigations into the issue.

The initial complaint about fraud was made to the Police by the Board of INSPORTS in 2017.

In March last year, Minister Grange told Parliament that  MOCA was called in to investigate missing funds amounting to $85-million.

The alleged missing sum includes $44-million in pension contributions collected from staff which was reportedly not paid over by INSPORTS to the provider.

During her wide ranging contribution to the sectoral debate earlier this week, Minister Grange said her Ministry is taking steps to improve skills training in the entertainment sector.