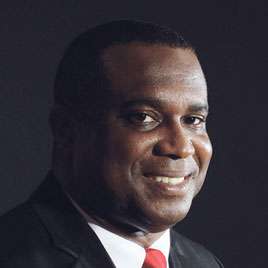 The St Elizabeth police are this afternoon moving to defend its handling of an investigation regarding the sexual abuse of an 11-year-old girl by a church leader.

Earlier this week, former Member of Parliament for South East St Elizabeth, the PNP’s Richard Parchment, accused the police of not properly investigating the matter.

In a statement this afternoon, Head of the St. Elizabeth Police, Superintendent Lanford Salmon, said a report of sexual touching was made at the Junction Police Station on October 21, last year against a male farmer.

He says the farmer is not a pastor but the caretaker and member of a church in Top Hill in the parish.

Superintendent Salmon says the police launched an immediate investigation and did all that was required.

According to Superintendent Salmon, subsequent visits were made by the police.

But the accused man was never seen.

He says the case file was completed and a warrant of arrest issued for the accused man who is now wanted for the offences of sexual touching and sexual grooming.

Anyone knowing his whereabouts is being asked to contact the Junction Police at 607-8239, 119 or the nearest police station.