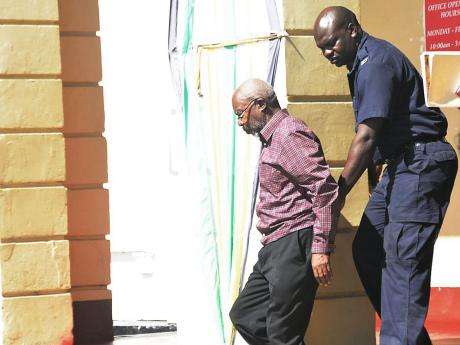 A house, estimated to cost $15 million, will be completed by the end of the year for the women and girls who were sexually abused by former Moravian Pastor, Rupert Clarke, in St. Elizabeth.

The disclosure was made last evening following a Nationwide News Special that revealed the family was still finding it difficult to get their lives back on track.

The family had seen a flicker of hope back in 2017 when their story attracted national attention.

Several promises were made by the government to provide them with a house and greater educational opportunities.

The government has been slow in honouring those commitments after more than two years.

However, government officials told our news centre yesterday they’ve given consistent support to the family over the last two years despite the delays in fulfilling its promises.

Construction of a five bedroom house for the family has now started in the rural farming community of Berlin.

That’s according to Member of Parliament for South East St Elizabeth, Franklin Witter.

He was speaking last evening with Cliff Hughes and Kemesha Kelly following the airing of the Nationwide News Special.

The family had previously shared with our news centre that they were uncertain as to where exactly they would be relocated.

And, they also lamented that they weren’t being given updates on the progress of the plans to construct the house.

But, Gender Minister, Olivia Grange says they’ve been in contact with the family and have provided consistent support.

However, Minister Grange says she accepts there was a break down in the government’s response to the family.

The family has been struggling to cope with a vicious cycle of poverty.
But, they’ve been clinging to hopes of becoming more self-reliant.

The young women who were sexually exploited by the former Moravian Pastor are yet to be enrolled at the national training agency, HEART/Trust, as was promised by the government two years ago.

Senior Director in the Bureau of Gender Affairs, Sharon Robinson, says the training of the young women was pushed back because one of them got pregnant.

Sharon Robinson, Senior Director in the Bureau of Gender Affairs.
And…Gender Minister, Olivia Grange, has assigned Ms. Robinson to ensure they access training and employment opportunities once the family is settled in their new house.

Meanwhile, the family had also been flagged for termination from the PATH programme.

However, due to follow-ups by our news center, a local PATH representative reached out to the Director of the State’s social safety net programme to intervene.

She says the family are still in need of government aid.