Although most residents of Spanish Town, St. Catherine are remaining mum on Tesha Miller being found guilty of murder-related charges, the people who say they know him best from his hometown of Dela Vega City, believe Miller should be a free man.

Tesha Miller was convicted of being an accessory before and after the fact to murder in the Supreme Court in downtown Kingston, Tuesday.

This in relation to the 2008 killing of then Jamaica Urban Transit Company Chairman, Douglas Chambers.

It’s shortly after 2 in the afternoon and the old capital is a buzz with activity.

Taxis, buses and businesses are bustling.

But, the name Tesha Miller remained off everyone’s lips.

After walking around the bus park for almost half an hour and speaking with almost a dozen people, no one would comment on the verdict handed down in the Supreme Court.

While leaving the park, our news centre spoke with a few persons who expressed indifference to the verdict.

One woman, who says she’s known Miller since he was a boy says he’s a son of the soil of two Port Henderson Road.

She says he is a Christian-minded person who’s jovial, calm and mostly quiet.

Our news centre also spoke with a group of men, we found making blocks at a factory.

This man, who doesn’t want to be named, says an employee of Tesha Miller.

He says Miller is not a criminal.

Instead, he says Miller is the product of a vindictive system.

He says Miller shouldn’t have been found guilty because the witness’ statement was riddled with inaccuracies.

Yet another man, who doesn’t want to be named, says Tesha Miller is a businessman who takes care of his community. 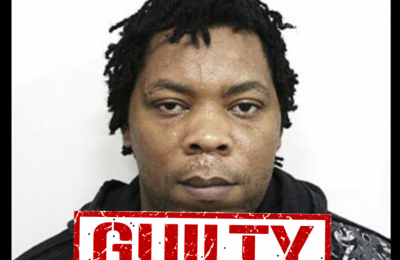