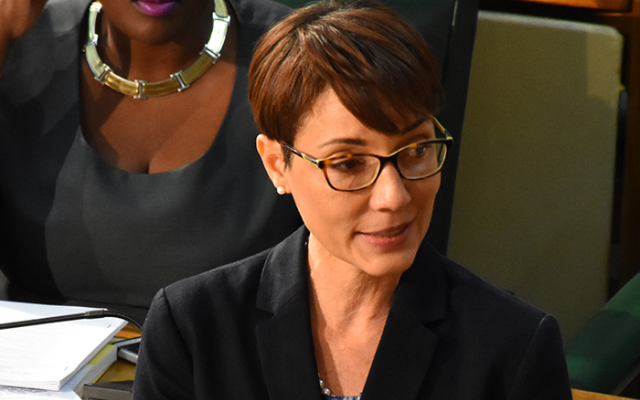 ‘The Time for Action on Climate Change is Now’ – Johnson-Smith

In a statement yesterday, Minister Johnson Smith says this week is a reminder that development objectives must be sustainable.

She notes the devastation suffered by Jamaica’s neighbours this week in the Caribbean and Mexico.

The Caribbean island of Dominica was also ravaged by the Category Five Hurricane Maria.

This follows the devastation wrought by Hurricane Irma two weeks ago, which left more than 100 people dead in the Caribbean and the United States.

Minister Johnson Smith is reminding Jamaicans that they can help those in the Caribbean Disaster Emergency Management Agency, CDEMA.

Jamaicans are also being encouraged to make donations to the Irma Relief Fund at the National Commercial Bank, NCB.

They can also donate to the Red Cross’ NCB relief account number 20499, opened at the Slipe Road Branch.