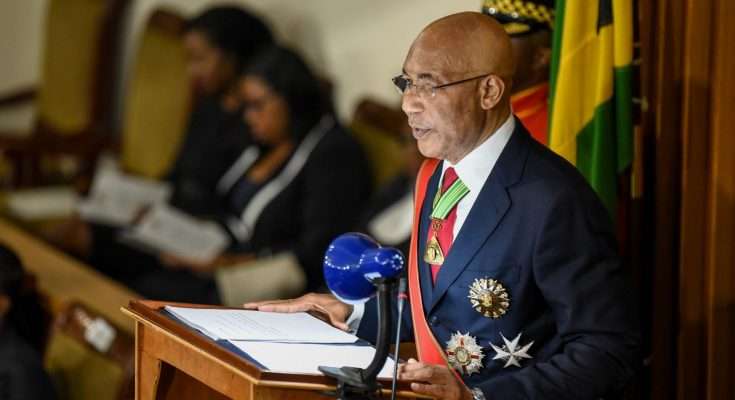 Governor General Sir Patrick Allen, says the government will be introducing new legislation during the new fiscal year as it continues its push to break the back of violent crimes.

It’s the highlight of the ceremonial opening of Parliament for the 2020/2021 fiscal year, beginning April 1.

The Governor General told Parliament that a holistic approach is being taken to the crime fight.

He says the administration is also hopeful that a number of amendments to the law last year will assist in making life hard for perpetrators of violent crime.

Sir Patrick also addressed the issue of water.He says the precious commodity has the attention of the Holness- administration.

The Governor General also indicated that housing remains a key priority for the Government.

He says over 10-thousand housing starts are scheduled to be built this fiscal year.

Sir Patrick also highlighted the successes of the Holness administration – including the country’s performance in relation to the targets set under the now concluded IMF agreement.

Dr. Phillips also says aspects of the announced legislative agenda represented delayed amendments that should have been made before the end of the country’s IMF program.