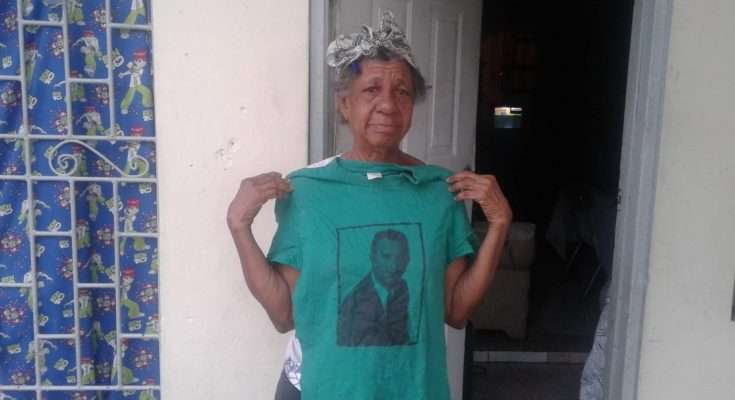 The community of Tivoli Gardens in West Kingston was this afternoon rocked by news of the passing of its former MP, Edward Seaga.

From young to old, residents of the community founded by Mr Seaga say they will never forget their leader and friend.

Residents shared memories and hopes as they tried to process their grief.

Sadness gripped Tivoli Gardens, as residents tried to come to terms with the loss of the man they called father, leader and friend

Edward Seaga died today at the age of 89.

Residents say they’ll forever revere the man who, to some, appeared immortal.

In tears, an elderly Ms Gloria recalled how Mr Seaga helped her to get much-needed medical attention for her ailing son years ago.

He was a man for all seasons according to residents who showed us a painting of his face on one of several apartment buildings in the community.

And Artistic Director for the Tivoli Dance Troupe, Jennifer Garwood, says the organization is saddened by Mr Seaga’s passing.

Mr Seaga was instrumental in the creation of the group in the 1970s.

The group, which draws on the talents of youth from the troubled West Kingston community, has performed across the world.

It has won several national awards.

Ms Garwood says Mr Seaga was the foundation of the organization.