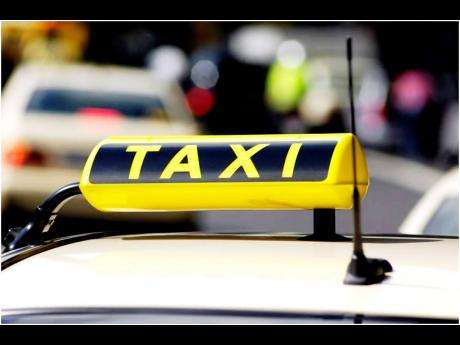 Two tourists are this afternoon, demanding better protection for visitors, from illegal taxi operators who seek to exploit foreigners.

David Pearson arrived in the island on Saturday and utilized the Knutsford Express bus service to get from Montego Bay to Kingston.

But, he says to complete his journey to his destination in Kingston, he was charged seven thousand dollars by a taxi operator, and, that taxi was not registered to provide that service legally.

Mr Pearson was travelled to Jamaica from the United Kingdom.

He’s not familiar with the local system which stipulates that registered taxis use a Red plate.

After exiting the Knutsford Express bus in New Kingston, he says he was approached by someone who appeared to be a legitimate taxi operator, who agreed to take him to his destination in Barbican, St Andrew.

The car being used by the driver had white license plates.

And, he says the taxi operator picked up two other tourists on the way.

Mr Pearson’s partner, Dr. Twesige Mugisa, says he was exploited due to his ignorance of how the system works.

And, she blames the Knutsford Express for not providing measures to protect visitors.

Dr. Mugisa says it’s criminal to overcharge people like that.

When our News Centre called the Knutsford Express, the company said it has no control over taxis soliciting passengers in its parking lot, because it does not own the property.

It says the company offers guidance to its passengers about what taxis to take, but only if that guidance is sought by the passenger.

It says while its offices are on the property, it has no jurisdiction over what happens there.