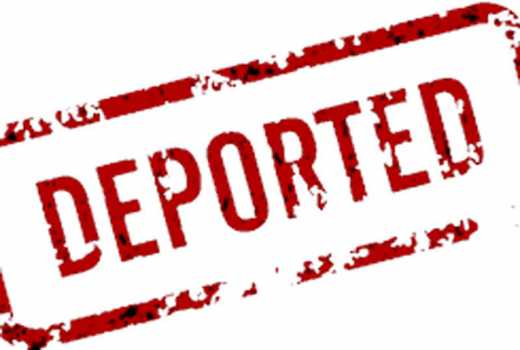 UK Guardian: 5 Jamaicans Killed Within A Year Of Deportation

One of the most influential newspapers in the United Kingdom, The Guardian, is reporting that at least five people have been killed in Jamaica since March last year after being deported by the UK Home Office.

Among the Jamaicans which the Guardian notes has been murdered since being deported from the UK is British Link Up boss, Owen Clarke, who’s otherwise known as Roy Fowl or Father Fowl.

Prior to being deported, Clarke, better known as Roy Fowl, was convicted of drug smuggling in the United Kingdom.

The Guardian says Dewayne Robinson, otherwise known as Little Wicked, and another British Link Up member, Oney British, have also been murdered since being deported.

50-year-old, Paul Mitchell and 48-year-old, Hugh Bennett, who were both fatally stabbed are the other deportees who the newspaper says have been murdered in Jamaica.

According to the Guardian – the men were deported despite strict rules prohibiting deportations to countries in which an individual’s life may be in danger.

The Guardian says the UK government does not routinely monitor what happens to people who’ve been deported.

But, through interviews and archive research, the Guardian says it has verified the deaths of the men and been told by other returnees that they feared for their lives.

Investigations into the murder of Father Fowl and Oney British are ongoing.

Reports are that the murder of the men is connected to a feud between gangsters in Cockburn Gardens and York Town in lower St. Andrew.

Oney British was feared due to his connections to the underworld.

He was gunned down a few weeks ago on Mountain View Avenue shortly after he left Boys and Girls Champs at the National Stadium in Kingston.