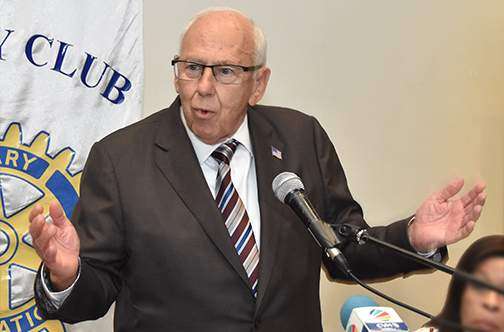 US Ambassador to Jamaica, Donald Tapia, says Jamaica runs the risk of inheriting what he sees as China’s problems.

He’s seemingly questioning the forthrightness of China’s engagement with Jamaica.

Ambassador Tapia has consistently warned Jamaica against deepening ties with the communist country.

Speaking recently at a Rotary Club of Kingston meeting at the Jamaica Pegasus Hotel, Mr. Tapia pointed to what he sees as several of the Chinese Government’s human rights abuses including the suppression of protests in Hong Kong and the mistreatment of Uygur Muslims.

He says Jamaica throughout its history had the courage to speak out against such abuses.

The US Ambassador is also challenging the supposed economic benevolence of Chinese firms in Jamaica.

He says it’s clear China is playing a geopolitical game of corruption.