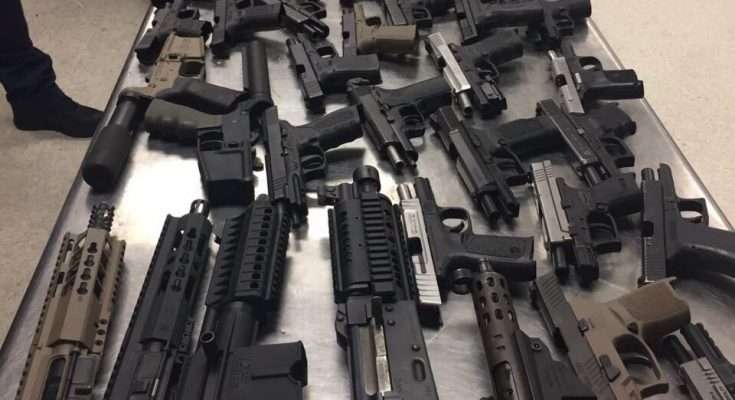 By Nationwide NewsnetDec 07, 2017, 14:44 pmComments Off on US Authorities Intercept Massive Gun Shipment Bound for Jamaica

The Jamaica Constabulary Force, JCF, today announced that US Customs and Border Protection Agents seized 119 firearms and numerous rounds of ammunition that was to be shipped to Jamaica.

Multiple members of the police high command and representatives of the US Customs have confirmed the arms find.

When our news centre contacted Commissioner of Police, George Quallo, today he said the police have been aware of the find for a number of days.

Public Affairs Officer at the U.S. Customs and Border Protection Miami and Tampa Field Office, Michael Silva also confirmed with Nationwide News, via email, that it’s ‘ an ongoing investigation’. He says as such ‘the agency cannot comment any further.

According to a Constabulary Communications Unit release today a major multi-agency transnational investigation is now underway by the JCF and their United States’ Law Enforcement counterparts.

Reports are that Outbound Enforcement Team at the Miami International Airport found the weapons while conducting a routine inspection on November 13.

According to police sources, the shipping documents listed the sender as a woman with a Florida address.

The shipment was to go to another woman in Jamaica.

According to our sources, the shipment was destined for Montego Bay, St. James. It was scheduled to arrive in Montego Bay via Kingston.