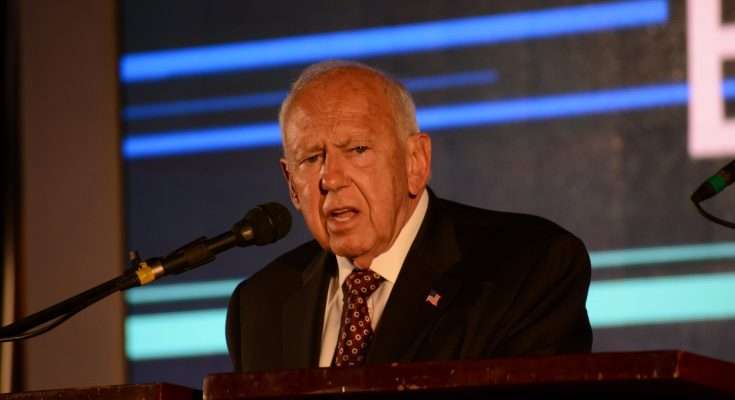 US Ambassador to Jamaica, Donald Tapia, says he doesn’t believe his country has got a return on investment in funding a certain prominent local anti-corruption activist.

Mr. Tapia was speaking at a Rotary Club of Kingston at the Jamaica Pegasus hotel recently.

Without naming the individual, the US Ambassador said the anti- corruption campaigner accused the Andrew Holness administration of being corrupt without providing substantive proof.

Mr. Tapia told the meeting of the Rotary Club members and the media that the current and past administrations cannot be painted with a brush of corruption.

He recalled a recent discussion with an individual he describes as a standard-bearer for searching out government and private sector corruption.

The Ambassador says the individual who received funding from the US, Canada and Britain, has not proved to be worth the investment.

However, addressing the Rotary Club, Mr. Tapia says a few bad individuals should not undermine the entire institution of government.

Meanwhile, Mr. Tapia is categorically denying that the US has any evidence of corruption against any current government minister.

The rumors started swirling after the revocation of Minister Vaz’s visa by the US government and that of PNP Vice President, Phillip Paulwell.

The US Embassy previously sent out a media release denying the rumours.

Mr. Tapia says the embassy does not normally get involved in internal politics but viewed the rumours as particularly egregious.