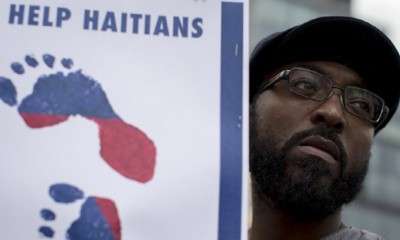 By Nationwide NewsnetAug 17, 2015, 23:58 pmComments Off on US Warns Dom Rep Against Mass Deportation

The United States is urging the Dominican Republic against engaging in mass deportations and to respect the human rights of all deportees.

This after officials in Santo Domingo, last week resumed the process of repatriating undocumented immigrants.

The deportations are in keeping with a 2013 court ruling that stripped citizenship from children born to immigrants who did not have legal status in the country, many of whom are from neighbouring Haiti.

A law was subsequently passed, allowing some migrants to apply for residency by June 17 and more than a quarter million people submitted applications.

Deputy spokesperson in the US Department of State, Mark Toner, says while the US recognized the prerogative of the Dominican Republic to remove individuals from its territory who are present without authorization, it wanted authorities to do so in a transparent manner that fully respects the human rights of deportees.

He says the US is urging the Dominican Republic to permit the observation of deportation proceedings by civil society groups and international organizations, such as the International Organization for Migration and the Office of the United Nations High Commissioner for Refugees.

Toner says the US remains concerned that people with a right to citizenship, or otherwise eligible to remain in the Dominican Republic, may not have had sufficient time and means to access the processes to regulate and formalize their status and have their claims adjudicated.