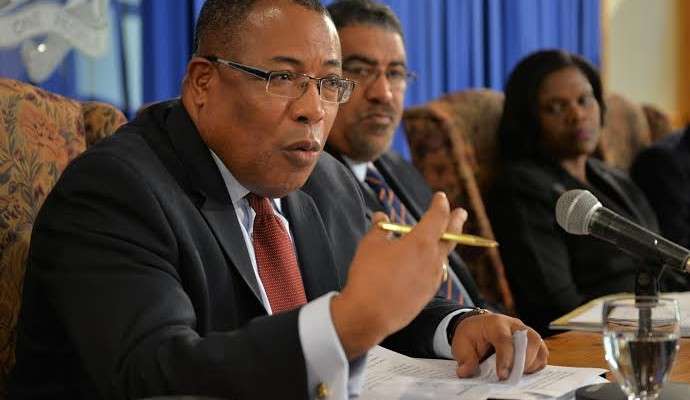 The Memorandum of Understanding, MOU, supporting a planned 5-billion US dollar investment in the Logistics Hub Initiative, will not be signed today.

Last week, Industry Minister, Anthony Hylton announced that he would sign an MOU with German-Austrian company, Krauck Systems and the New York-based Anchor Finance Company to undertake various projects under the hub initiative.

But today, Minister Hylton dodged questions from the media about the status of the agreement and the background of the companies.

Minister Hylton was at the Jampro building in New Kingston this morning, to deliver remarks at the opening of Intellectual Property Week.

But promptly after his remarks, he was whisked away to a waiting SUV to take him to a meeting of the Cabinet.

Before that evasive turn, Minister Hylton briefly addressed the issue of the MOU, during his scripted comments.

He said Krauck and Anchor will have 30 days to prove they can undertake the project.

Minister Hylton says the media and the public will have the opportunity to fully scrutinize the investors at the end of the 30 day period.

He says the process will be transparent.