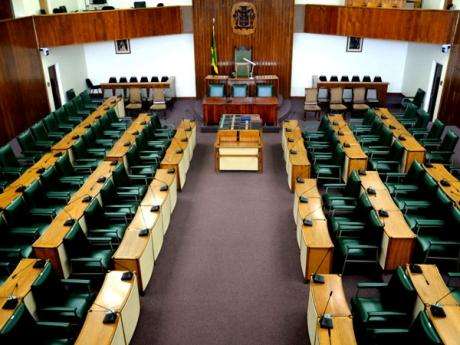 UWI Bursar to Appear at PAAC

The University of the West Indies is to have its Bursar appear before the Public Administration and Appropriations Committee of Parliament once a request is made.

That’s the latest position from the UWI administration after they rejected the invitation of the parliamentary committee examining how the government’s subvention to the university is being spent.

The UWI has done a u-turn on its decision not to appear before the PAAC to account for how it spends the subvention from the Jamaican government.

Yesterday, PAAC Chairman, Dr. Wykeham McNeil, read a letter from the UWI, saying that as an autonomous regional body, it’s not accountable to the Jamaican Parliament.

However, the Vice Chancellor of the UWI, Professor Sir Hilary Beckles, today wrote to Dr. McNeil, reversing the university’s position.

Professor Beckles apologized for what he says was the ‘misunderstanding and consequences’ that developed in respect of request for the UWI to appear before the PAAC.

He says, the letter to the committee from the university’s Registrar, was not to obstruct the importance of the engagement.

But to ‘clarify the principle of accountability and procedure’.

Professor Beckles says the UWI, as a regional institution, is keen and willing to appear before the PAAC in respect of Jamaica’s investments in all campuses, not just Mona.

He says the UWI Bursar — acting on behalf of the entire UWI system — is empowered to honour the request of the PAAC and will do so as soon as requested.

He added that it’s a well-established procedure for the University Bursar to make such submissions to all governments on behalf of all campuses.

According to the Vice Chancellor, there was no attempt to challenge the authority of the Jamaican parliament.

He points out that Jamaica is recognized as having made the largest single investment in the UWI over the past 68 years.

Mr. Reid says he’ll be meeting with the Vice Chancellor to review the system of reporting between the government and the university.