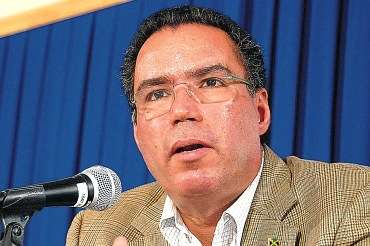 This after their decision yesterday to vote against a resolution to extend the state of public emergency in the St. Andrew South Police Division.

Bunting and Golding were the only two MPs in Gordon House yesterday who didn’t support the extension.

Opposition Leader, Dr. Peter Phillips, was among other opposition MPs who voted in favour of the resolution.

But Mr. Bunting told the House that the proposed extension of the state of public emergency is unconstitutional and ineffective.

Mr. Vaz is not convinced.