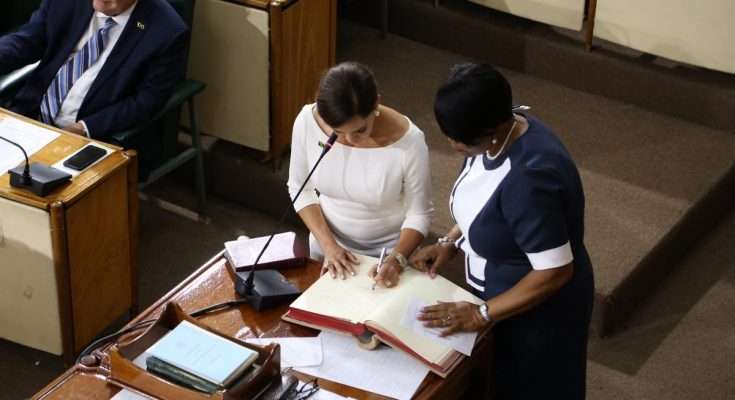 History was created in the House of Representatives this afternoon when 53 year old, Annmarie Vaz, was sworn in as the first female Member of Parliament for Eastern Portland.

Annmarie Vaz, Member of Parliament for East Portland and before her Acting-Clerk of the Houses of Parliament, Valerie Curtis.

The Speaker of the House, Pearnel Charles, welcomed Mrs. Vaz.

East Portland had been represented in the House by a member of the PNP for more than 30- consecutive years.

Mrs. Vaz is a philanthropist and the founder of the One Jamaica Education Foundation.

She’s the wife of the Member of Parliament for West Portland, Daryl Vaz