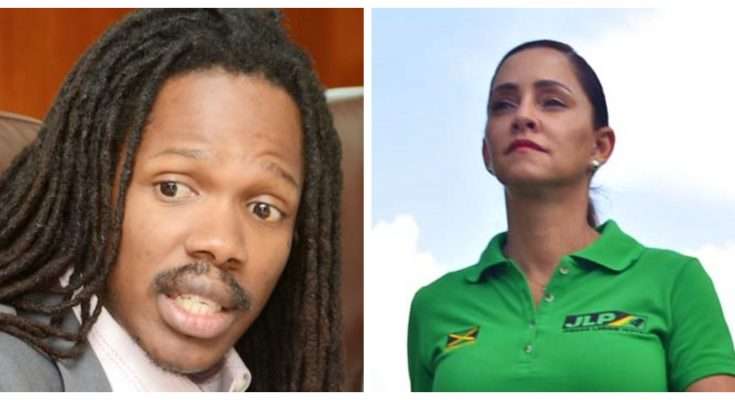 A second national poll in the last 24-hours is indicating that the governing Jamaica Labour Party, JLP, is on course to win this Thursday’s by-election in East Portland.

This morning, another national poll, the RJR-Gleaner/Don Anderson survey found that Vaz was leading Crawford by almost 7-percentage points.

The Johnson poll results make dismal reading for the PNP. The party has won East Portland in 7 consecutive general elections since 1989. It’s defending a majority of 2,276. Based on conventional thinking, East Portland should be political territory for the Peter Phillips-led opposition party. But it’s now struggling to cling onto the seat.

Hours after Don Anderson found the PNP trailing by almost 7-percentage points, the Observer/Nationwide Johnson polls are indicating this afternoon that the PNP’s Damion Crawford is heading for a crushing defeat.

According to Johnson, that lead is . This ten-point lead is consistent with a similar finding when the Johnson team polled the constituency on March 1 and 2, last month. The team went back into East Portland last Friday and Saturday. As they did on March 1 and 2, they interviewed 480 registered voters.

In the one month between the two polls, both the JLP and PNP increased by 5-percentage points their support in East Portland. While the number of undecided voters fell by 3-percentage points. As the campaigns intensified over the last 4 weeks, the unfavourable rating of the PNP’s Damion Crawford has tripled from 13-per cent to 44-per cent, while that of the JLP’s Annmarie Vaz increased by 10-percentage points from 17-to 27-per cent.

Simultaneously, Vaz’s favourable ratings improved from 50-to-53-per cent. While that of Crawford has decreased by 5-percentage points from 41-per cent to 36-per cent.