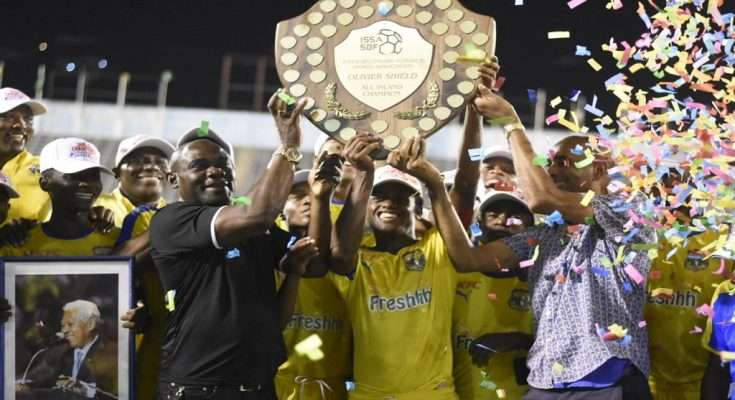 Clarendon College were crowned All-Island schoolboy football champions after beating Jamaica college 4-1 on penalties in the Olivier Shield final at the National Stadium, on the weekend.

The game went to penalty kicks after both teams played to a 1-1 draw at the end of regulation time.

Coach of Clarendon College, Lenny Hyde, says his team could have won the game in regulation time.

The Win helped Clarendon College secure their 5th hold on the title including the one they shared with Dunoon Technical in 1998.

This is the second time Clarendon College would be winning the trophy back to back.

Hyde says the fans were the real winners.

The Chapleton based school won two of the three finals they contested this season.

However, they were not so lucky against Kingston College, going down 1-nil in the Champions Cup final.