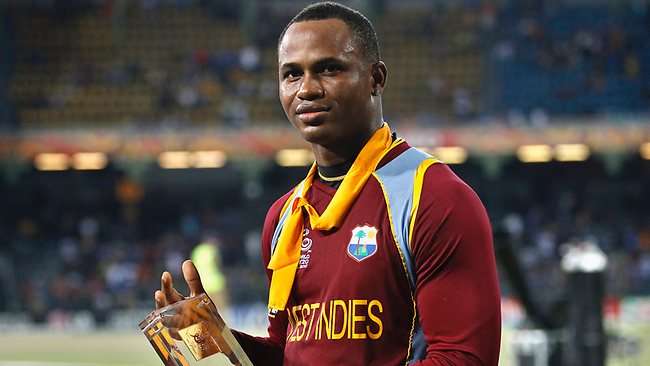 Marlon Samuels scored a half century as West Indies batsmen struggle to 188 for 5 at stumps, on day one of the first test against England in Grenada.

Sent in to bat after rain delayed start of play, the Windies loss openers, Braigg Brathwaite and Devon Smith with score on 28.

Darren bravo and Samuels then shared in a 37 run third wicket partnership, before bravo was dismissed for 35.

Veteran batsman Shivnarine Chanderpaul went for one, after he was caught by Moeen Ali off the bowling of Ben stokes.

Samuels was then joined by first test centurion, Jermaine Blackwood, and the two put on 55 runs for the fifth wicket.

Samuels 94 and Captain Denesh Ramdin 6 are the not out batsmen.

Previous PostMalysha Kelly Over Her Knee Injury: Intends to Travel to Australia Next PostSTETHS Head to Penn Relays with High Ambitions