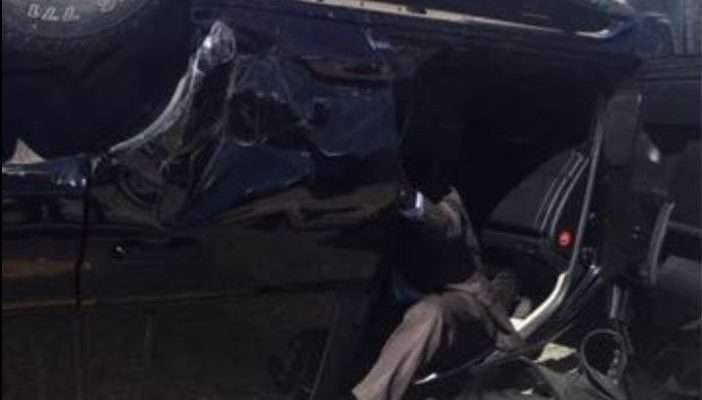 Dr. Wheatley was taken to the hospital this morning for precautionary tests. This, after his Toyota Prado overturned at approximately 9:00 this morning.

The vehicle overturned when it was hit by another car in the vicinity of the Waterford and Independence City intersection in Portmore, St. Catherine.

The Prado in which Dr. Wheatley was travelling flipped several times. It has been written off.

Minister Wheatley and his driver both escaped from the accident without any visible external injuries. Subsequent checks have revealed no internal injuries were sustained.

Eyewitnesses to the crash have told our news center that due to the extent of the damage to the Prado, the Energy Minister and his driver appear lucky to be alive.

A female, who was driving another vehicle and had to make a sudden turn to avoid the crash involving Dr. Wheatley, was taken to hospital. Her injuries aren’t considered serious.