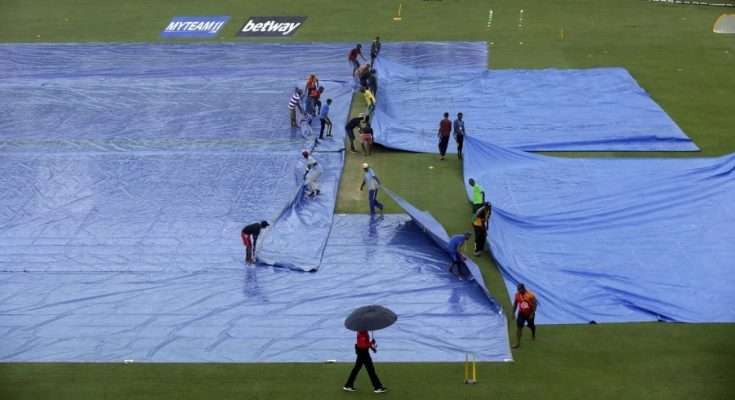 WI Vs India ODI Called Off Due To Wet Outfield

After a five-and-a-half-hour period where only 13 overs of play was possible, the first ODI between West Indies and India in Providence was called off by the umpires due to a wet outfield.

In that period, Chris Gayle played his slowest-ever ODI innings scoring only four singles in 31 deliveries.

But swinging conditions at the top meant he was either splicing the ball or missing it completely.

At the opposite end, Evin Lewis ensured there was something for the home fans to cheer, blitzing an unbeaten 36-ball 40.

The match itself began 90 minutes after the scheduled start, a delay forced by morning showers.

When play began, though, the sun was bathing upon a half-filled Providence Stadium, but with rain scheduled towards the afternoon, it was not long before the first interruption happened.