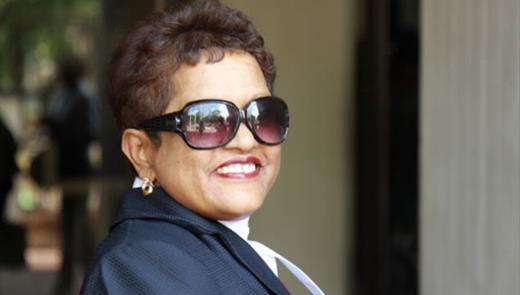 Eleven members of the Jamaat-al-Muslimeen in Trinidad and Tobago, yesterday appeared in court to answer various charges in relation to the murder of attorney and Independent Senator, Dana Seetahal.

As the accused men, all in Muslim garb, were bundled into the prisoner enclosure at the Port-of-Spain Eighth Magistrate’s Court, several exchanged smiles and “thumbs up” signals with the 74-year-old leader of the Jamaat, Yasin Abu Bakr.

Abu Bakr had been detained for two days in relation to the murder probe, but was released without charge.

A leading member of the Jamaat, Hassan Ali, was also in court, as three of his sons are among the accused.

Another of his sons, Hassan Altwell, was part of a daring prison break from the Port-of-Spain State Prison last Friday.

He was found shot to death on Sunday morning.

Outside the court, heavily armed members of the T&T Protective Services cordoned off areas, while taking up strategic positions surrounding the building.