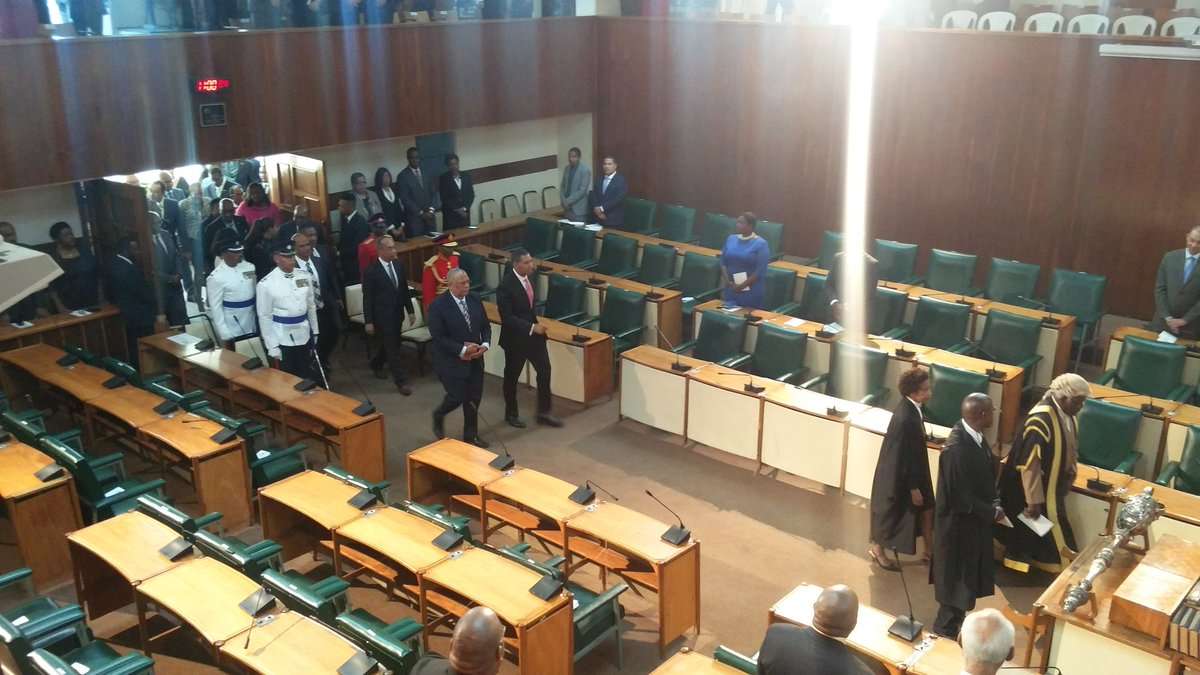 $774 billion! That’s the magic number for this year’s budget; what the government is planning to spend in the 2018/2019 fiscal year.

However, with inflation for the upcoming fiscal year also projected at about 4-percent, it means that in real terms, spending will go down by 8-percent. That’s mostly because of a significant decrease in debt repayments.

The government is sticking to its line that no new taxes will be required this year.

The Fiscal Policy Paper tabled along with the budget this morning, says the expenditure budget, minus debt repayments, is fully financed. Therefore, no new revenue measures are required.

Of the $774-billion budget, interest payments stand at $137-billion and amortization is $152-billion, a combined take up of some $289-billion. That’s 37-percent of the overall budget, compared to 42-percent, or $310-billion last year.

The sum of $201-billion is going to pay salaries, an increase of 4-percent over last year – about in line with pay increases promised to public sector workers.

Recurrent programmes are budgeted to cost some $118-billion dollars, while the government expects to spend $60-billion on capital projects this year.

So which Ministries are getting the biggest increases? Tourism is number-1, with a 32-percent bump up to $11.5-billion. Security is second, with a 13-percent increase, moving up to $66-billion; a 7.8-billion increase in the recurrent budget.

However, the increase for Security is even more significant when you note the near tripling of the capital budget for that Ministry this year, to 11-billion dollars.

Meanwhile, Education is getting 4-percent more. And Health, 3-percent more. Interestingly, Justice is getting a budget cut of 2-percent. The Office of the Prime Minister and the Governor General’s Office are both also taking budget cuts.

However, the nation’s accountability and anti-corruption agencies are all getting about a 10-percent boost. This includes the Contractor General’s Office, the Auditor General, and the Independent Commission of Investigations, INDECOM.

On the revenue side, the government is expecting a fall to $699-billion, due to fewer grants and loans from external partners.

However, they’re expecting a boost in tax revenues, which have been doing better than expected over the past year. The government expects to collect $518-billion in taxes – eight percent more than last year’s expected tax income.

–30–
Meanwhile, for the first time, the government has tabled its spending plans for the next three years, up to fiscal year 2021/22. They’re projecting another budget cut next year.